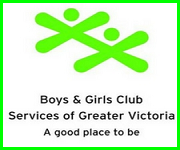 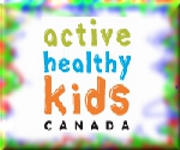 The Spooky Truth about Halloween

Category: Things everyone should know…

END_OF_DOCUMENT_TOKEN_TO_BE_REPLACED

On this Halloween, I was determined to understand its true meaning. For decades, I have celebrated the candy-fest with very little comprehension. So this article is dedicated to all those who wondered about Halloween like I have, but never really got around to investigating.

Halloween ... but also known as Samhain, Summer's End, All Halloweens Eve, Witches Night, Lamswool, and Snap-Apple), is a holiday that's celebrated annually on the night of October 31. It originated in Ireland, and is celebrated in quite a few countries including Ireland itself, the United States, Canada, the United Kingdom, Japan, New Zealand, Australia, and Sweden among others. It's celebrated in a variety of ways and activities including trick-or-treating, ghost tours, bonfires, and costume parties, "haunted house" tours, carving pumpkins (Jack-o'-lanterns) and reading / watching scary stories / movies.

Traditionally, the festival was a time that was used by the ancient pagans to take stock of their supplies and slaughter livestock for winter storage. The ancient Gaels believed that on October 31, the boundary between the living and the dead dissolved, and the dead become dangerous for the living by causing problems such as sickness (plague) or damaged crops. The celebration of Samhain would frequently involve bonfires, upon which the bones of slaughtered livestock were thrown; costumes and masks were also worn in an attempt to mimic the evil spirits or placate them.

The essential elements of Halloween - lighting bonfires, costuming, trick-or-treating, telling ghost stories and attending parties can all be traced back to Samhain celebrations as early as 2000 years ago. Ultimately, the Celts believed that on October 31, the Lord of Death (Saman) would call together all the souls that had died the previous year in order for them to travel to the afterlife. Thus, the living would often disguise themselves in ghoulish costumes in order for the spirits of the dead to think they were one of their own, and pass by them without incident. The villagers would also wear masks and form parades in order to lead the spirits (souls) out of the town. The Celts would also offer food to Saman, in order to persuade him to more be temperate when he is judging their ancestors. This is seen as a precursor to "trick-or-treating", a key component of modern day Halloween celebrations.

Halloween did not become a holiday in the United States until the 19th century. Strict Christian traditions and lifestyles prevented this, and American almanacs of the late 18th and early 19th centuries don't include Halloween in their lists of holidays. The trans-Atlantic migration of almost 2 million Irish in the mid-1850s finally brought Halloween to the United States. Scottish emigration, primarily after 1870, also brought the Scottish version of Halloween. By the mid-1900s, Halloween had become engrained in the fabric of American society. From a commercial perspective, Halloween is now the United States' second most popular holiday (after Christmas).

About Geeta Bagga: From Richmond Hill, Ontario, Geeta enjoys being a regular forum contributor for ChildsPlay101. Her work intends to inspire and inform parents of sources covering a variety of topics.

Geeta also enjoys writing bedtime stories for young children. Drawing on a rich cultural history and background, she has strong artistic flair which emanates in her tales. Her latest title includes Gracie Meets the Sock Monster, and Elephants in my Backyard 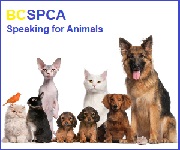